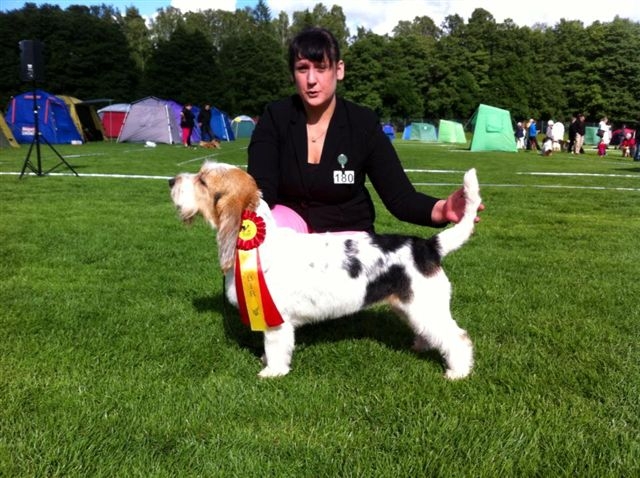 She is such a lovely girl my Maja.
She has the sweetest looks, the best coat you can have on a hunting dog,
fantastic pigmentation for a "white gbgv" and she has a very correct exterior with no excesses, she knows how to use her nose and she is a good hunter,
still developing but.....more than happy with her so I'm glad for the judges that really know how to read the standard and use the brain 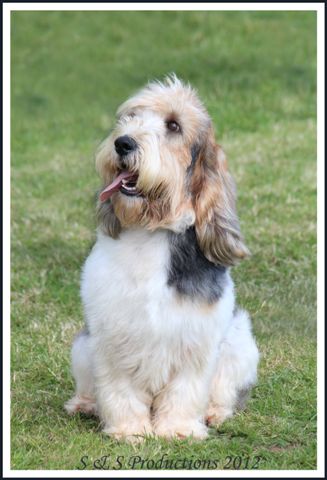 At Crufts GBGVs were judged by Mark Cocozza, who had a good entry of 36, 19 of whom were males.
His dog CC went to Tim Jones and Stephen Jepson's Debucher Why Not with Eardley which made "Watson" a champion on the day. 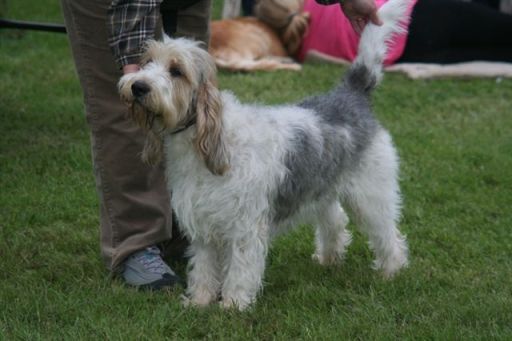 The BGV Club held its Open show and the judge for GBGV was Barbara Milton. BOB and subsequently Reserve Best in Show was Makey's Ir Ch Debucher Harmonie with Best male Phillips and Baston's Debucher Xtravagant, whose half brother Debucher D’artagnan at Janimist ( Ch Debucher Rigole - Debucher Brulee) belonging to Nikki and Jane Denny at his first show won Best Puppy and then Best Puppy in Show.

In May at Birmingham National Pam Aldous Town judged the breed and awarded his 5th CC and BOB to Ch Debucher Rigole and the reserve to his son Phillips and Baston’s Debucher Xtravagant. In Bitches the CC went to Fiona Buchanan and Mike Maclaren's Chenil d'Anja Jasmin Disney of Tarmachan (Imp) her second, with the reserve to Amanda O'Day's Silvamoon Sweet Sapphire Sh CM. Best Puppy was "Connie" our Debucher Bien Connue( Debucher Hors D'Oeuvre - Debucher Gitane) she won 3rd in the Hound Puppy Group under judge Robert Greaves. 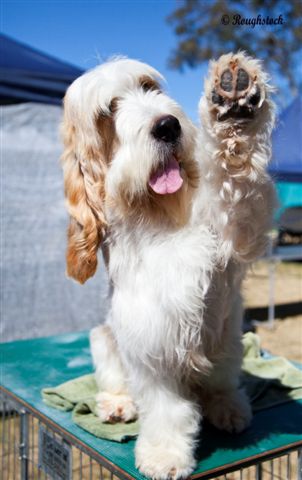 In May Ch Wilmit Braconnier de Debucher went out to Australia where he joined the Rickaby kennels of Deb and Darrell Matthews. Debucher Zsa Zsa produced a litter to him of 10 pups before he left and a daughter Debucher Heroine , co owned with Nikki Denny entered the ring in October. 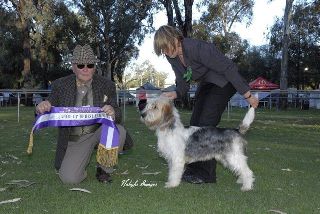 At Houndshow In GBGV Anne Macdonald had 28 hounds and awarded BOB and his 6th CC to Tim Jones and Steve Jepson's Ch Debucher Why Not with Eardley and Bitch CC ( her 12th) which made her the breed record holder ) to Fiona Buchanan and Mike Maclaren's Ch/Ir Ch Tarmachan Arc En Ciel Reserve dog CC was awarded to Debucher Xtravagant, this was his second such award, and reserve bitch CC to the newly made up Champion Gairside Sans Souci of Ann and Colin Makey.

Shirley Rawlings was our judge at Paignton.
Reserve Dog CC was my Debucher Gauguin ( Ch Ravensbeech Bayeux - Debucher Keira at Tythe) at 8 months on the day. at his first championshiip show.
He was also Best Puppy. 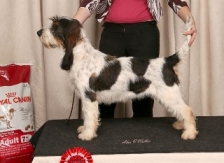 In October we had the news from Deb and Darrell Matthews in Australia to say that Ch Wilmit Braconnier de Debucher whom I co-own became an Australian Champion and won 2 Groups and a BIS since he came out of Quarantine First time a GBGV won a Best in Show in Australia. Before he left he had won 11 CCs in the UK making him the top winning male so far. 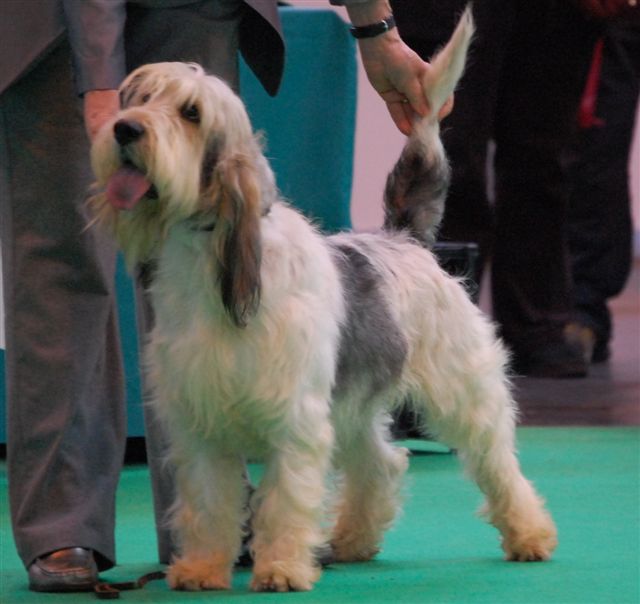 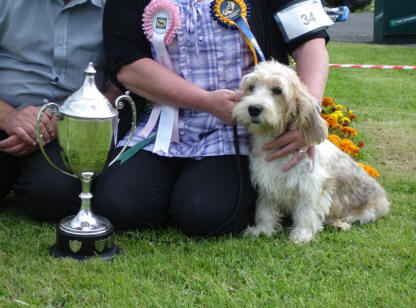 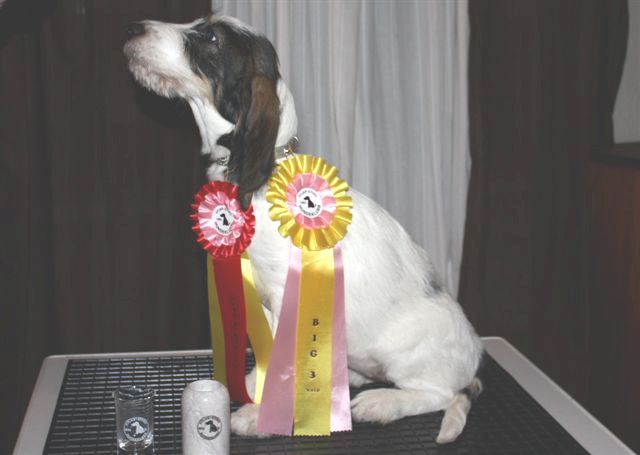 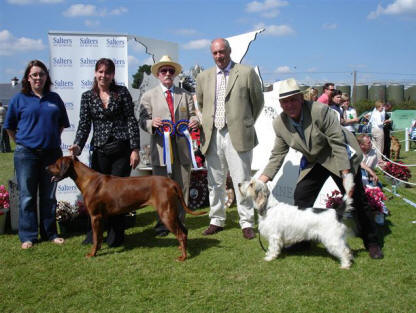 Debucher Harmonie became an Irish Champion
and was Group 2 in the Scent Hound group. owned by my friends Ann and Coli Makey (Gairside) 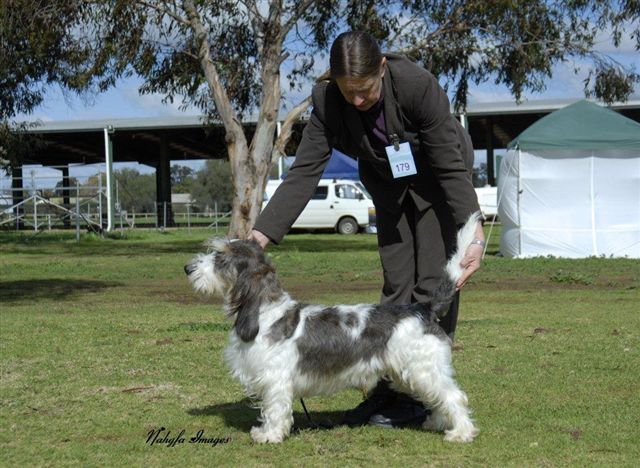 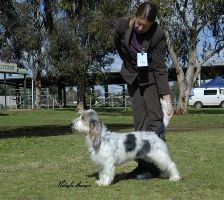 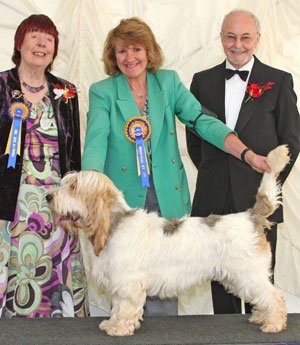 Winning all there was to win in Hannover - beginning november. 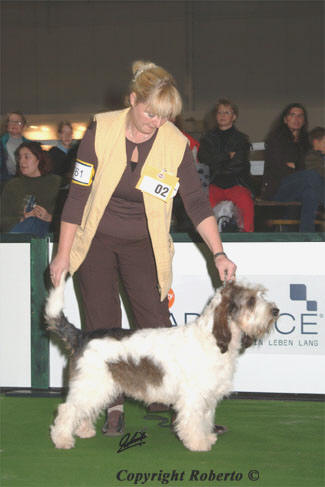 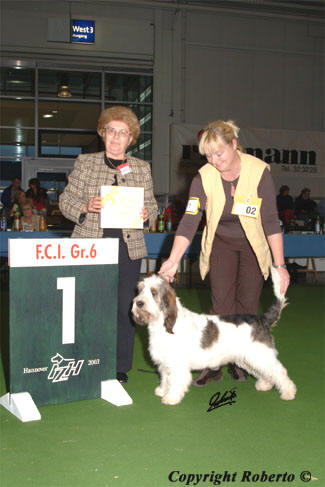 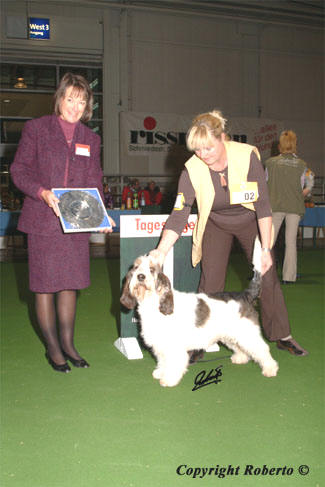 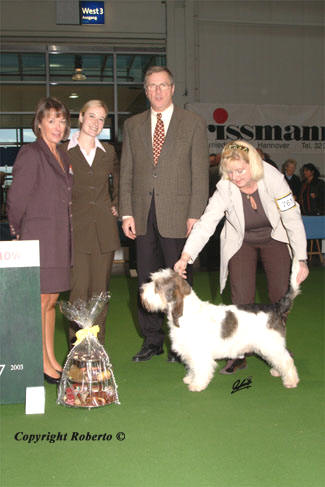 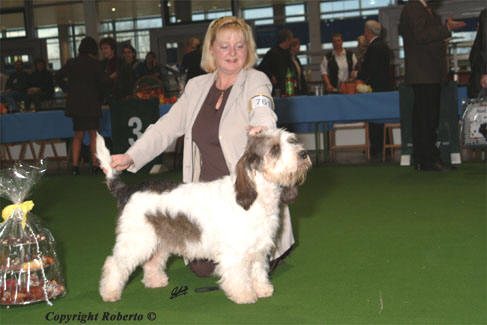 Best of breed - Best dog of the day - Best In show

Winning the Houndgroup at Blackpool (22-06-01) under judge Terry Thorn, the first time ever a Grand Basset did this in the UK. 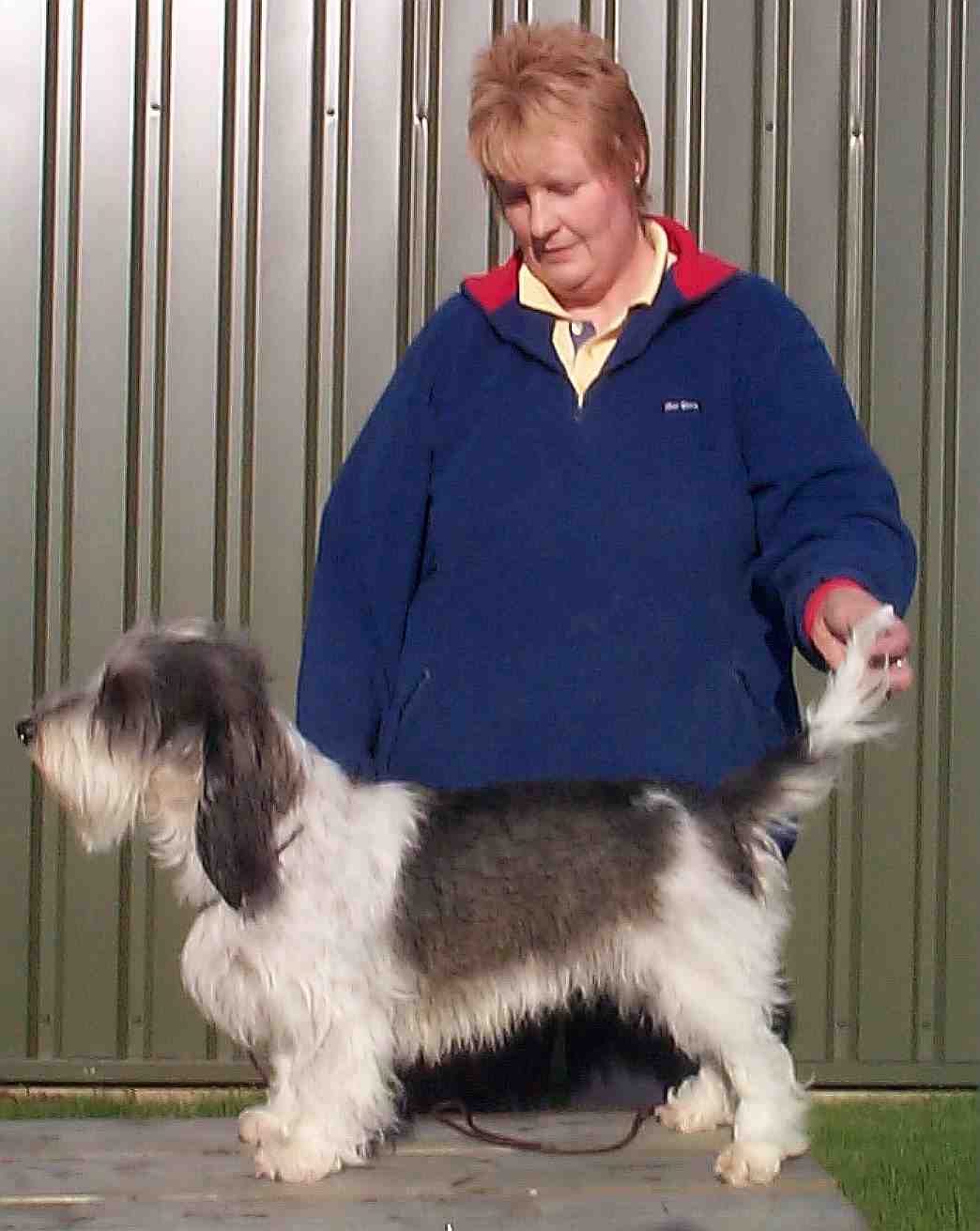 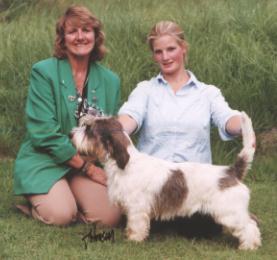 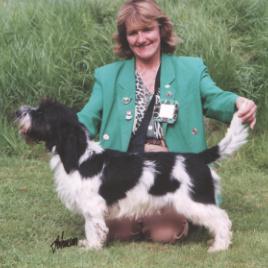 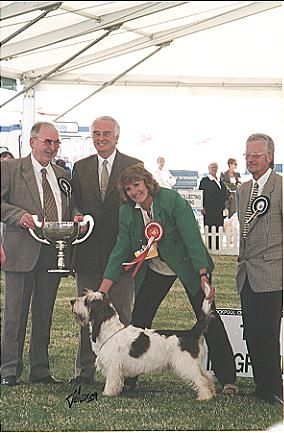 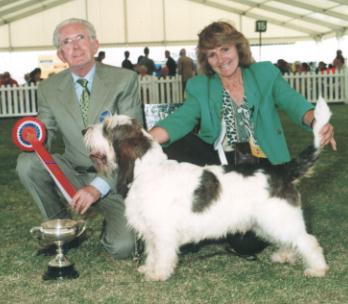